LCHF-style stuffed chicken according to the traditions of Azerbaijani cuisine. Maria Sorokina tells how to cook chicken with lavangi.

Stuffed chicken is a common dish. In the culinary traditions of many countries it is customary to stuff poultry. Most Americans will have a turkey for Thanksgiving. However, the classic stuffing is not suitable for keto supporters. But we have a great fatty version of turkey.

Lavangi or Levengi is the common name for stuffed dishes in Azerbaijani and Iranian cuisine. They stuff fish, poultry, game. There are many recipes, but the basis is always the same – nuts, butter and plums, which give sourness and flavor. we replaced them with more suitable for keto barberry.

Chicken with lavangi is also a great alternative to turkey for Thanksgiving if you’re a rebel. Or a non-boring dinner on any other day.

Traditionally, it is baked in a special earthy “tendir” oven, which gives the dish an incredible flavor. But in the conditions of a city apartment you can also make a very tasty dish. Today I will tell you how to make “Toyug lavangi” – stuffed chicken. 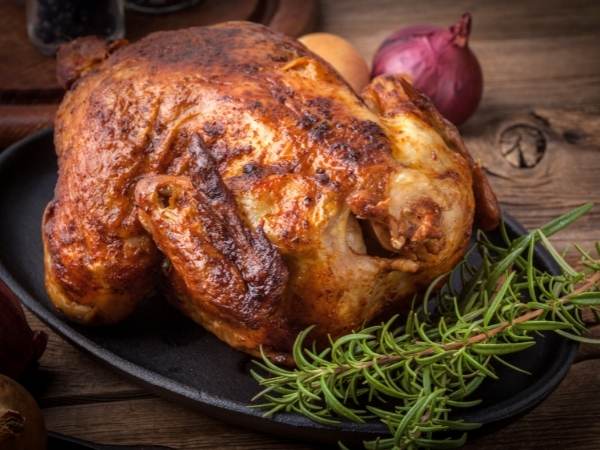 A complimentary 30 minutes call with Olena, The Rebels Diet founder, a Primal Health and Keto Coach to find out if keto and Primal Living is right for you